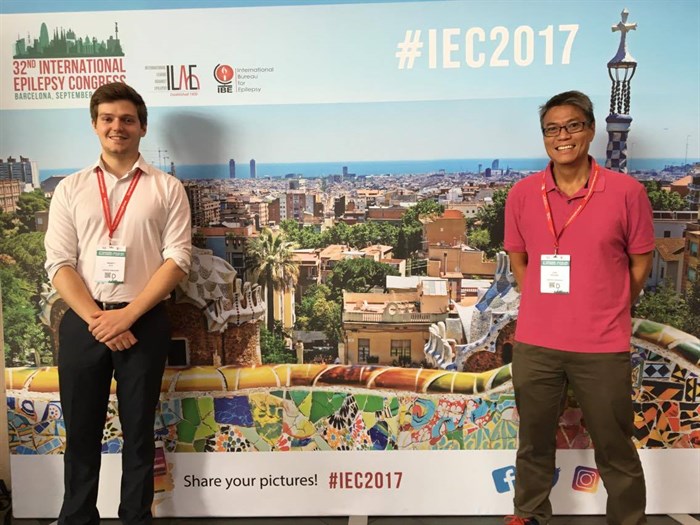 We are pleased to announce that Kyle Bennett, a 6th year medical student of the Muir Maxwell Epilepsy Centre, recently presented his findings for an international group of doctors and researchers in Barcelona.

The International Epilepsy Congress was held over 2nd-6th September in Barcelona this year. Kyle presented his work on stage to a large audience of paediatric neurologists. The conference acted as an opportunity for researchers to exchange their research findings and for students and trainees to develop their skills at the many educational workshops.

Kyle has been studying the brain MRI scans of 70 children who have experienced convulsive status epilepticus (prolonged seizures); these scans were taken approximately 8 years after this event. He has found that volumes of the deep structures within the brain, the basal ganglia, are smaller in those who have experienced these seizures. These volumes also have a relationship with the cognitive scores recorded in these children.

Along with the other work at our centre, these findings may allow for doctors to predict which children whom have experienced these long seizures should receive psychological therapy to aid them in their early lives. 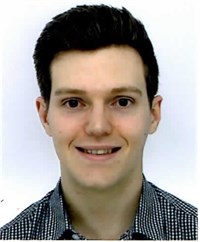 We know that children with status epilepticus (a state of prolonged seizures), like those who have epilepsy, are more at risk of developing cognitive challenges further down the line, which may impact on their educational performance. However, doctors currently do not have any clear method of predicting which of these children will be affected and therefore who should receive psychological support. These findings provide a partial solution to this problem – hopefully at some point in the future, MRI scans can be used by doctors to decide which children should receive support before the problem presents. Kyle Bennett, Senior Medical Student