Symposium in memory of Dr. Thomas TS Ingram jointly hosted by the Centre for Integrative Physiology and the Muir Maxwell Epilepsy Centre.

Dr Thomas TS Ingram was a Reader in Paediatric Neurology in Edinburgh and one of the founding members of the British Paediatric Neurology Association. He strongly believed in a multi-disciplinary approach to his work as a doctor and researcher. Every 2 years, a memorial lecture has been held in Dr. Ingram’s name, but this year marked a change to a half day of lectures culminating in the memorial lecture.

The theme of the symposium was brain networks and how they can enhance our understanding of epilepsy. The symposium was held at the Centre for Integrative Physiology at the University of Edinburgh and we had a fantastic turnout from clinicians, researchers, and friends and family of Dr Ingram.

Our speakers included Professor Cathy Abbott, Professor Matt Nolan and Dr Javier Escudero Rodriguez – all researchers at the University of Edinburgh. We were also joined by Professor Mark Richardson, the Head of Neuroscience at King’s College London University. 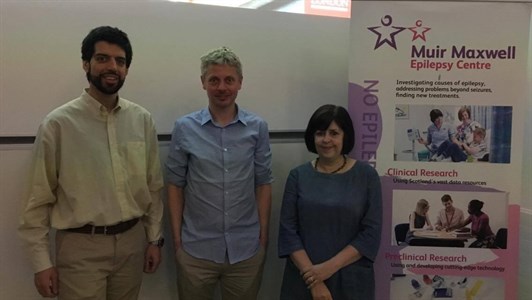 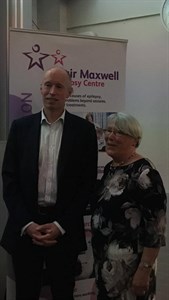 Dr Richard Chin, the director of our centre, opened the afternoon by describing Dr Ingram’s approach to medicine and his major contributions to paediatric neurology locally, nationally and internationally.

Cathy, a geneticist, explained her work on eEF1A2 – a gene which can undergo mutations that lead to epilepsy of varying severity.

Matt, a neuroscientist, described his team’s work exploring the connections of medial entorhinal cortex, a structure deep within the brain, and how their electrical activity relate to seizures.

Javier, an engineer, continued this topic by explaining to the audience how electroencephalography (EEG) can be used to act as a marker for some of the cognitive changes seen in some children with epilepsy.

Lastly, Mark, a neurologist, summarised the progress his centre have made in understanding the changes in brain connections in people with epilepsy by using imaging techniques like MRI scanning.

Mrs Ann Burleigh, who survived Dr. Ingram and has remarried, concluded the symposium by thanking the speakers and audience for their presentations in memory of Dr Ingram’s work.

The afternoon was an excellent opportunity for researchers from different disciplines to present their work and exchange ideas. It was also a reminder of the importance of collaboration in epilepsy and other neurodevelopmental disorders.