Prolonged convulsive seizures in childhood could be linked to the development of other brain conditions in children, a study suggests.

Lasting neurological effects are more pronounced in children who had other neurological problems before their seizure, researchers say.

The study – the first of its kind worldwide – provides insight into the long-term health impact of convulsive status epilepticus (CSE), in which a single seizure or series of seizures lasts for at least 30 minutes.

Its findings will be important for doctors as they try to predict what the lasting outcomes might be for families, and how to monitor and treat children who had CSE.

CSE is the most common medical emergency in young children, affecting 1 in 5000 people per year in the developed world. Long-term consequences of CSE are not well established.

Researchers based at the University of Edinburgh and University College London followed the health of more than 100 children for nine years after they had CSE.

Lasting neurological conditions, including epilepsy, learning disabilities and movement problems were more common than expected for children from the general population, the study found.

Children who had existing neurological or developmental issues at the time of a CSE were more likely to have a neurological problem at follow up, researchers say.

Children without an existing neurological or developmental issue tended to have more positive outcomes.

The findings offer fresh insights into the biological cause of long-term brain conditions in children after CSE and could help doctors decide on treatment for patients.

The study is published in the journal The Lancet Child and Adolescent Health. 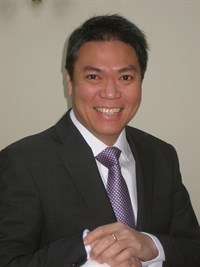 Richard Chin (left), Director of the University of Edinburgh’s Muir Maxwell Epilepsy Centre, who led the study, said: “Our study indicates that children with pre-existing neurological conditions are far more likely to experience chronic neurological and cognitive problems following convulsive status epilepticus. This is a very important finding for planning long-term treatment for children whose brains may be more vulnerable to the effects of a prolonged seizure.

“The findings also give hope to families whose children did not have neurological problems before, as the long-term effects of their child’s prolonged seizure may not be as marked as might be expected.”